mHealth: What Is It, And How Can It Help Us?

A great number of healthcare practioners and patients alike remain wary of electronic health. Doctors claim that they don't have enough time, and patients are concerned about their data going awry. As such, the uptake of mobile health has been slow. In this Spotlight, we investigate its pros and cons. 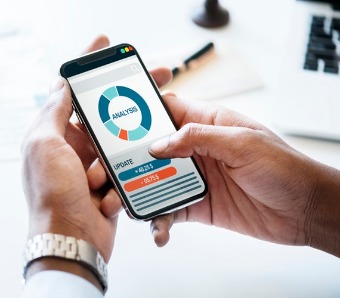 Given the scale and speed of our technological advancement during the past few decades, it is no surprise that around 4.68 billion people will use a cell phone by 2019.

In the United States, just "40 percent [of general physicians] have evening and weekend working hours," which may isolate a great number of patients in the U.S. who work 9–5.

However, in developing African countries such as Zimbabwe, the situation is much worse.

There is just one doctor per 10,000 people. Similar scenarios present themselves in many other developing countries.

According to the 2014 Information and Communication Technology Household Survey — by the Zimbabwe National Statistics Agency — "at national level, the proportion of households with at least one household member with a [cell phone] at home was about 89 percent compared [with] about 11 percent without."

It may therefore appear intuitive to exploit the growing worldwide popularity of cell phones — and other such personal electronic devices — to create more convenient healthcare for all.

Indeed, "The proliferation of cell phones across the globe, even in locales without basic healthcare infrastructure, is spurring the growth of mHealth in developing countries," according to West Wireless Health.

However, despite the global advent of electronic health (eHealth) — and, more specifically, mobile health (mHealth) — during the past couple of decades, many individuals remain unsure of its uses and benefits.

The World Health Organization (WHO) have stated that "no standardized definition of [mHealth] has been established." However, for the purposes of a survey that the Global Observatory for eHealth conducted in 2009, mHealth was defined "as medical and public health practice supported by mobile devices, such as [cell] phones, patient monitoring devices, personal digital assistants (PDAs), and other wireless devices."

With nearly 4.7 billion cell phone users around the world, using such devices as a way to aid health is surely a step toward achieving global wellness. As mHealth Alliance explain: "[T]he ubiquity of mobile devices in the developed or developing world presents the opportunity to improve health outcomes through the delivery of innovative medical and health services with information and communication technologies to the farthest reaches of the globe."

Since their introduction to the global market during the 20th century, mobile devices have aimed to improve connectedness — and perhaps the most recognized benefit of mHealth is its ability to keep us connected with our healthcare provider at all times and from all distances.

How else can mHealth improve our wellness?

How Can mHealth Help Us?

The connectedness and convenience that mHealth — and most other facets of eHealth — provides have the potential to greatly improve quality of life and ease of care when used appropriately.

From improved medication adherence to aggregated patient data, the benefits are plenty.

One of the main challenges that healthcare practioners now face is ensuring that their patients take the correct medication as and when they are supposed to.

A study that was published in the journal Risk Management and Healthcare Policy in 2014 included some worrying statistics.

"Medication nonadherence is widespread and varied by disease, patient characteristics, and insurance coverage," the authors write, "with [drug] nonadherence rates ranging from 25 percent to 50 percent."

Failure to take prescribed medication correctly, among other things, "is associated with poor therapeutic outcomes, progression of disease, and an estimated burden of billions per year in avoidable direct healthcare costs," report the study's authors.

Noncompliance with a medication regime has a whole host of issues, including hospitalization, relapse, disease flare-ups, poorer quality of life, and possibly even death.

However, there are certain mHealth apps — easily downloadable to a phone or other personal device — that can help people stick to their medication regimen by tracking pills they have and have not taken, prompting them to take a certain drug, and allowing them to log any symptoms.

A lot of mHealth apps can connect a patient with their healthcare provider to improve ease and speed of contact. Being able to chat with a doctor or get advice on a condition, symptoms, or drug at any time has a host of benefits — the most important being the possibility of earlier intervention.

If a patient expresses concerns about their health but can't physically get to a doctor, they can use an mHealth app to communicate. The doctor might see fit to intervene, thereby potentially saving the patient's life.

Improved monitoring has benefits at the wider population level, too; some mHealth apps are able to collect patient and general healthcare data and store it in a single place.

This allows healthcare providers to peruse the most recent advances in the field, ensuring that the best possible patient outcome can be achieved.

By having such convenient access to health trends — often in real time — healthcare professionals can stay on top of up-and-coming practices, giving them a better idea of how to proceed with patient care.

The growing popularity of electronic communication devices, such as laptops, cell phones, tablets, and PDAs, is also beneficial for the environment; it has set in motion the decline of paper-based communication and documentation filing.

Many companies — including Expensify, a tool for expense report management, and TicketText, a ticketing company — have "gone paperless," instead favoring internet-based storage solutions such as the Cloud.

Going paperless not only cuts office and hospital supply costs and reduces wastage, it also lowers doctors' office clutter and helps keep all patient data secure and in the right place.

However, while some people have suggested that using paper documentation actually reduces the risk of losing patient information, studies have so far been inconclusive.

Human mistrust of technology is hardly new; for decades, we've been resisting any form of change or advancement that may take power away from us.

In many ways, this is what mHealth apps do: take a great deal of responsibility out of the hands of healthcare professionals and assistants and deliver it straight to cyberspace. However, could this cause more harm than good?

Before a drug is allowed to go to market, the Food and Drug Administration (FDA) have to approve its safety. Without their approval, the drug cannot legally be sold.

The FDA explain that they are "responsible for protecting the public health by ensuring the safety, efficacy, and security of human and veterinary drugs, biological products, and medical devices."

According to research2guidance, as of 2017, there were approximately 325,000 mHealth appsavailable. Though users have hailed many of these beneficial, the FDA have so far only approved a fraction of them.

mHealth apps are perhaps not at the top of the FDA's priority list; they are considered by experts to be "low-risk," meaning that the use of them is noninvasive and unlikely to cause considerable physical harm.

For this reason, the FDA do not believe that they require regulation in the same way that drugs and other therapies do.

Although this means that app development companies can roll them out to the paying public faster, it does also mean that there is little testing in patient communities to catch any issues the app may have, which could cause harm to the user further down the line.

Interestingly, there have been hints that instead of the FDA working to approve apps themselves, entire app development companies could gain their approval.

Despite the fact that, as discussed above, the majority of mHealth apps have neither been tested in the patient community nor approved by regulatory bodies such as the FDA, many patients do rely on them in their everyday lives.

Somewhat concerningly, many users of mHealth apps are choosing to use them instead of seeking professional help.

This is problematic for several reasons — the most important being the fact that the vast majority of these apps are not regulated.

In fact, in 2015, researchers at Harvard Medical School in Boston, MA, conducted a study into symptom-checking websites and apps.

The researchers discovered that, of the top 23 symptom checkers, "correct diagnoses were listed first in only 34 percent of standardized patient evaluations."

The analysis also revealed that the correct diagnoses were listed by the symptom-checking tools within the "top 20 possible diagnoses" in less than 60 percent of the evaluations.

This has dangerous implications — especially the fact that receiving an incorrect diagnosis or not getting one at all could hinder proper treatment and possibly endanger life.

The future of mHealth

In An Ideal World

In several ways, the future is already here; "wearables" are now a part of millions of people's lives, and seeing a doctor via an app has never been easier. What else can we expect from mHealth?

Using mHealth apps to track symptoms and keep in touch with a healthcare provider can reduce the need for invasive treatments by staying one step ahead of disease.

However, mHealth faces many obstacles in achieving that goal.

For mHealth to continue along its successful growth trajectory, there is need for proper regulation.

According to the researchers M. Mars and R.E. Scott, "eHealth's ability to transcend sociopolitical boundaries holds the potential to create a borderless world for health systems and healthcare delivery."

"But," they continue, writing in the journal Health Affairs, "the policy needed to guide eHealth's development is limited and just now emerging in developed countries."

"What's needed to foster eHealth growth in the developing world is thoughtful policy to facilitate patient mobility and data exchange, across both international border and regional boundaries within countries."

Researcher Harold Thimbleby — writing in the Journal of Public Health Research in 2013 — explains that the "future of healthcare is about the patient (or stopping people becoming patients), but patients are not the main stakeholders in healthcare."

"Insurance companies, big pharma, doctors, managers, suppliers, builders, governments, and many other forces will influence the future," he adds. "Will innovation help patients or will it be partly to help monitor clinicians delivering healthcare?"

Perhaps answering this question is key for the development of mHealth; after all, appropriately developed means of delivering treatment can mitigate risk to patients and put in place best practices for doctors.

Regardless of what comes next, Michiel recognizes that "[n]ever in the history of development have there been so many powerful tools and platforms available to those who have traditionally been marginalized and excluded from the vanguard of technology and innovation."

"It is imperative, though," he goes on, "that these tools and technologies are used deliberately and efficiently, with an eye toward the end user in a way that ensures long-term sustainability and development."

Working life: Reintegration in the workplace

How To File A Health Insurance Claim

Is death the solution?

Anyone else feel ill with R-CHOP chemotherapy?