Has your food gone bad? This smart patch can tell you

Scientists at McMaster University in Canada have developed a harmless see-through patch that could be used in food packaging to monitor contamination by bacteria without having to unwrap the product. 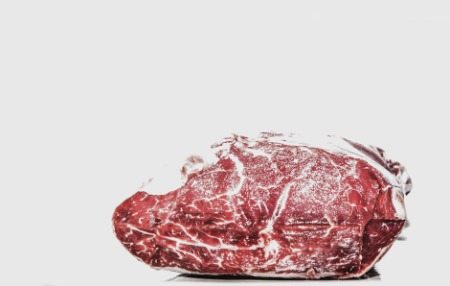 The patch contains biosensors that send out a signal when they detect harmful bacteria such as E. coli and Salmonella.

The idea is that a simple device or even a smartphone could pick up the harmless signal and tell you if the food inside the packaging is safe to eat.

A paper now published in the journal ACS Nano explains how the biosensing patch detected even low concentrations of E. coli in apple juice and meat.

The authors suggest that the new material, which remained stable for "at least the shelf life of perishable packaged food products," could be used for "real-time monitoring of pathogens."

The hope is that it could one day replace the traditional "best before" labeling of food and drinks with a definite indication of when the food is unsafe.

"In the future," explains first study author Hanie Yousefi, who is a research assistant in the faculty of engineering at McMaster University, "if you go to a store and you want to be sure the meat you're buying is safe at any point before you use it, you'll have a much more reliable way than the expiration date."

More than half of this global burden is due to diarrheal diseases, which, annually, affect 550 million people and claim 230,000 lives. More than a third of cases and deaths occur in children.

The biosensing material described in the new study is made of tiny genetic probes attached to a "thin, flexible, and transparent" polymer film. The probes contain DNA molecules that are specific to the target bacteria.

Laboratory tests showed that the patch could "detect E. coli in meat and apple juice at concentrations as low as 103 [colony-forming units per milliliter]."

They also showed that it was "stable for at least 14 days under various pH conditions (pH 3-9)."

Mass production 'would be simple'
One of the study senior authors, Tohid F. Didar, who is an assistant professor of mechanical engineering at McMaster University, explains that it would not be difficult to mass-produce the patch.

The DNA molecules can be printed onto the film, which makes the process "fairly cheap and simple."

"A food manufacturer could easily incorporate this into its production process." - Prof. Didar

A definitive, real-time indicator of when food is unsafe might also help to solve the huge problem of food waste.

A 2016 survey confirmed that widespread confusion about date labels is an important driver of household food waste, which accounts for two-thirds of the $218 billion a year that it costs to grow, transport, process, and dispose of the 40 percent of the U.S. food supply that goes uneaten.

The researchers also see other uses for the patch. For example, it could be incorporated into bandages to show if wounds have become infected, or as part of wrapping material for surgical instruments to show that they are still sterile.