Coffee May Prolong Life of People With Kidney Disease 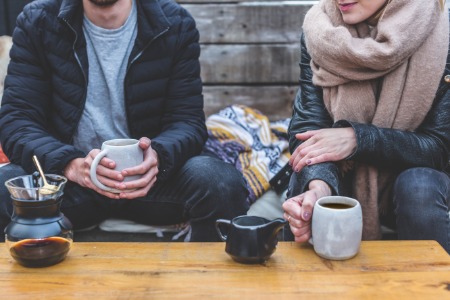 A little caffeine may be just what the doctor orders for patients with chronic kidney disease (CKD). According to a recent study in Nephrology Dialysis Transplantation, consuming more caffeine could lower the risk of death for kidney disease patients.

The researchers believe that the positive impacts from caffeine are related to vascular effects, as caffeine has been known to improve vessel function.

What Did The Study Find?

The team, led by a doctor from Portugal, examined data from 4,863 Americans with CKD between 1999 to 2010, as part of the National Health and Nutrition Examination Survey (NHANES). Even after considering factors such as age, diet, other diseases, there was still a reduction in death.

Patients were put into four groups: The first group consumed the amount of caffeine in a cup of iced tea; the second had an amount of caffeine equivalent to a cup of coffee; the third had the equivalent of a cup or two per day; the fourth group had up to 1,378 mg per day (comparable to drinking multiple cups of coffee per day). Those in the second group had a 12 percent lower risk of dying, while those in the third group had a 22 percent reduction. People who drank the most caffeine per day had a 24 percent lower risk of death.

Those who consumed the most caffeine were more likely to be white males with higher education levels and incomes. They were also more likely to have fewer previous strokes, drink more alcohol, and be current or former smokers when compared to those who drank less caffeine.

“Advising patients with kidney disease to drink more caffeine may reduce their mortality,” said Dr. Miguel Bigotte Vieira, one of the study’s lead authors and a physician based in Portugal. He noted that this was an observational study, so it doesn’t show that drinking more caffeine definitely lowers the risk of death in patients with chronic kidney disease. The results need to be confirmed by way of a randomized clinical trial, he said.

The recent study was not the first time that caffeine’s effects were studied on CKD patients. Another study out earlier this year in The American Journal of Medicine found that development of the disease occurred less in people who drank coffee daily.

Jessianna Saville, RDN, a renal dietitian published an article for the National Kidney Foundation on this topic, and warned that drinking too much coffee comes with other risks, but said it was an acceptable beverage for CKD patients to consume.

“Our clients with CKD are always excited to learn that they don’t have to cut coffee out of their diet despite having CKD,” they told Healthline. Though the recent study paints coffee consumption in a positive light, everyone needs to pay attention to how much they drink.

“There are things for CKD patients to be aware about when it comes to coffee — and with most things, more is not better — the bottom line is moderation,” they said.

Patients on a fluid-restricted diet cannot overlook the amount of coffee they consume because it’s a fluid. Make sure coffee fits in your daily fluid requirement, they said.

Potassium levels need to stay on the low side. Most people with moderate to severe CKD or acute kidney injury should eat less than 2,000 mg of the mineral each day. If you have more than one cup a day — each cup contains about 116 mg — you may wind up consuming more than you want.

“Aim to drink less than three cups of coffee each day to be considered in the safe range,” they said. “Luckily, since black coffee is low in sodium, protein, phosphorous, calories, and carbohydrates, you don’t have to worry about this when you are drinking your coffee black,” they noted.

Caffeine comes with benefits, but it can also cause a sudden spike in blood pressure, and that’s not good for anyone — especially those with CKD.

Piling milk, creamers, and syrups into your coffee? “These additives often can create more of a problem for people who have kidney disease than the black coffee alone,” Lakatos and Lakatos Shames said. “They raise phosphorous levels and potassium levels. Creamers contain chemical phosphates that are easily absorbed, and should be limited if you have kidney disease.”

They noted that CKD patients should be aware of mixed coffee drinks that can include added syrup, whipped cream, and milk.

According to a recent study in Nephrology Dialysis Transplantation, consuming more caffeine could lower the risk of death for kidney disease patients.

Participants in the study who drank the most caffeine had a 24 percent decreased risk of dying.

Dr. Miguel Bigotte Vieira, one of the study’s lead authors and a physician based in Portugal, noted this was an observational study, so it doesn’t show that drinking more caffeine definitely lowers the risk of death in patients with chronic kidney disease.