A new, much-ballyhooed study showing that the most avid consumers of organic food had fewer cancers than those who never eat such products illustrates the difficulty of establishing cause and effect when evaluating diet and health. 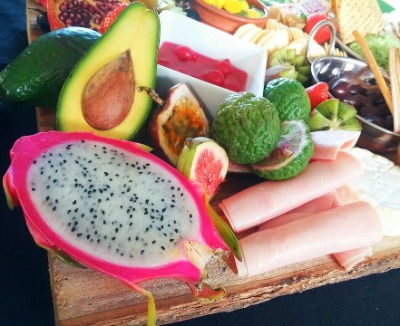 It is effectively impossible to prove beyond a doubt in a laboratory that any given food reduces the risk of developing an illness as complex as cancer.

"Diet is complex," Nigel Brockton, the director of research at the American Institute for Cancer Research (AICR), told AFP. "We would never make a recommendation based on one study, even though it's statistically significant."

Researchers, like the French team behind Monday's study, must then follow a large test group and wait for cancers to develop in some of the subjects. They then hope that after the fact, they can isolate a specific behavior among all those who are sick that made the difference.

Thousands of studies on diet and illness have been conducted for decades. Even the findings of the largest are sometimes disputed, like one in 2013 that purportedly showed the sweeping benefits of the so-called Mediterranean diet in combatting heart ailments.

That study was retracted from the prestigious New England Journal of Medicine earlier this year over criticism of the methods used. Only one major study on the nexus between organic food and cancer had been carried out before the latest effort published in the Journal of the American Medical Association (JAMA) Internal Medicine.

That 2014 research, known as the Million Women Study, used a test group of 600,000 British women. It found no overall difference in cancer risk between those who ate organic food and those who didn't.

It only found that organic food lovers had a reduced risk of developing non-Hodgkin's lymphoma.

So then, how does one approach the new study by the French team?

It is certainly more detailed than the Million Women Study, though it looked at 69,000 women -- roughly 10 percent of the sample size. The hypothesis is that the organic food enthusiasts consume fewer pesticides in their fruit, vegetables and grains, thus reducing their risk of cancer, as some pesticides are suspected of being carcinogenic.

After being recruited for the NutriNet-Sante study, volunteers filled out a questionnaire on a variety of issues (income, physical activity, smoking habits, body mass index...). They also reported three times how much organic food they had eaten in the preceding 24-hour period.

Researchers separated participants into four groups, based on their consumption of organic food. They then counted the numbers of cancers in each group, over an average period of four and a half years.

In the quarter of people who said they ate the most organic products, the risk of cancer was 25 percent less than in the quarter who never ate organic food. In absolute terms, that meant an increase in cancer incidence of 0.6 percentage points -- or six more sick people out of 1,000.

One Study At A Time

The only statistically significant correlations were a reduction in breast cancers among postmenopausal women, and a steep drop in the incidence of lymphomas.

The study authors were careful to correct their results to account for the fact that consumers of organic foods were on average richer, less overweight, and smoked less than those who did not.

But other invisible factors, either environmental or linked to lifestyle habits, could also have played a role -- the usual problem with studies on diet and exercise.

"People that deliberately eat organic food, to the point that they report it, are likely different in many other ways as well," Brockton noted.

The AICR suggests a range of behaviors to reduce cancer risk -- maintaining a healthy weight, exercise, healthy diet, not too much red meat -- but does not recommend a specific type of food.

Other problems were raised about Monday's study: traces of pesticide in the subjects were not measured, which sparked criticism from experts at Harvard University in the same issue of the JAMA, who urged caution.

The study's co-author Julia Baudry told AFP that such measurements were only taken for a small sub-sample group.

John Ioannidis, a professor of disease prevention at Stanford University known for saying most published studies are false, said self-reporting could be a problem in this case. "Most people, including myself (a professor of disease prevention), would not be able to accurately tell whether I eat organic food and how much/how frequently," Ioannidis told AFP. "The study has a three percent chance of having found something important and a 97 percent chance of propagating ridiculous nonsense."

For Brockton, "research moves forward one study at a time. When we see very consistent observations or associations with things like alcohol and red meat and body weight, when many, many studies show these things over and over again, in different populations, then we have much greater confidence," he said.

In the meantime, the American Cancer Society continues to urge people to eat more fruits and vegetables -- organic or not.

@mr1964 Yes, there should be mental health days. When I was working I was lucky - my place of employment allowed for one paid mental health day every month. If we didn't take them they were tacked on to our vacation time. It was a pleasure to not have to lie about being sick in order to get a day off if I wanted to do something instead of going to work - like attending a movie premiere or a one-day-only sale.

How was your Moh's surgery experience? Any problems after surgery?

If you had known your life now, would you still have chosen treatment?

What do you do / that helps you stay positive?

Blood test to screen for cancer-share your thoughts!