US Farm Belt Tries To Head Off Another Surge In Suicides

Responding to signs of rising despair in rural America over a farming downturn exacerbated by the current trade war
fears, agricultural leaders are mobilizing to try to prevent another suicide crisis. Two high profile deaths in the past week, of celebrity chef Anthony Bourdain and fashion designer Kate Spade, have shined a spotlight on the issue of depression and suicide in the United States, where the latest data show rates are rising, especially in rural states. 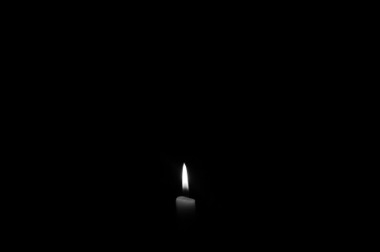 Farm industry officials are bolstering outreach and counseling programs throughout the American farm belt and calling for more action from Washington. "Things are tough in the countryside," said John Sorbello, a vegetable and nursery farmer in upstate New York and a director of the state's farm bureau, an affiliate of the nation's biggest farm group. Dairy farmers are facing especially tough times, he said. "There's nothing to do over the pricing of milk, they are worried about NAFTA, about the surplus in dairy products all over the world," Sorbello said. "It seems you have no control over it and it's stressful."
Earlier this year, one of the large dairy cooperatives took the drastic step of including suicide prevention information with the monthly check. "Some people thought it was too extreme," Sorbello said. "But it got everybody's attention." The outreach push comes amid a big surge in suicides throughout the United States. The suicide rate rose nearly 30 percent between 1999 and 2016 -- and in many states by more than that -- according to a report this week from the US Centers for Disease Control and Prevention.

The report did not break out individual industries, but 2016 CDC data showed US farmers have five times the rate of suicide as the broader population. The US farm belt also has bad memories of the 1980s when a bruising industry downturn saw an explosion of agricultural workers taking their own lives.

"Farmers and ranchers already have the highest suicide rates of any occupation," said Matt Perdue, of the National Farmers Union. Those who work in rural areas point to myriad factors, including commodity price volatility, more extreme weather and worsening isolation as more young people leave for the cities. And making matters worse, "About 60% of rural residents live in areas that suffer from a mental health professional shortage," Perdue said. The CDC study also pointed to research that suggests chronic exposure to pesticides "might affect the neurologic system and contribute to depressive
symptoms."

Financial stress is one factor that can lead to suicide and farm incomes have fallen around 50 percent since 2013 and revenues are expected in 2018 to come in at the lowest level since 2006. The National Farmers Union, at the urging of members who see growing numbers of growers fearful of losing the family farm, urged the US Department of Agriculture to "proactively address the farm suicide crisis."

Lawmakers voted in 2008 to bolster mental health services in agricultural communities as part of an omnibus farm bill, but no funds have been allocated to the effort. There is a chance Congress could provide support in a bill now being considered, but "it's too early to make a prediction one way or the other," Perdue said. The troubles facing farmers extend well beyond the United States. France in early 2018 boosted its funding for anti-suicide programs following a rise in the number of calls for help. And India has also suffered a wave of farm suicides after many in the sector became mired in debt.

NY FarmNet at Cornell University, which was founded in 1986 amid a rash of suicides, provides free aide to farmers in need. "We send one financial consultant and one farm family consultant to each case, as we have found that even if the case presents itself as purely a financial matter, there are almost always underlying personal or communication issues that need attention," said Hal McCabe, outreach director at NY FarmNet.

Hearing of rising concern in rural communities, the group has conducted suicide prevention workshops aimed mainly at agricultural services workers, such as bankers, suppliers or farm maintenance staff. "While we cannot speak to suicides, as that data is very hard to ever come by, the types of calls we are getting are far more dire than in the past five-10 years," McCabe said.

Ted Matthews, director of mental health outreach for the Minnesota Department of Agriculture and a psychologist by training, will meet or phone any farmer under duress at no charge. "This is important because when you are in a medical environment, for the insurance, you have to get people to come in," Matthews said. But helping farmers is more complex than most people realize, he said. "One of the biggest problems is that non-farmers don't understand farmers, and they think they do," Matthews said.

"Farming is not an occupation, it's a way of life. You don't go to your job to farm, it's part of who you are," he added. "Telling them to sell their lands to pay off their debts is like telling them to cut one arm."

Stay strong everyone. Please reach out if you are feeling down and communicate and talk with others... even if it is behind a screen. Your life is worth living.