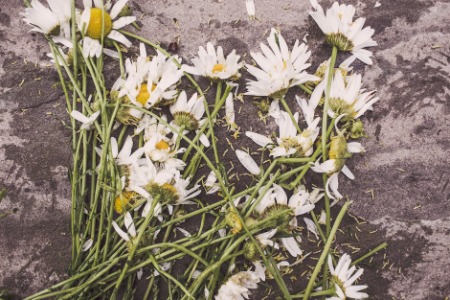 Fresh estimates from the Centers for Disease Control showed Thursday that overdose deaths jumped in 2017 nearly seven percent to a record 71,568, far more than traffic accident deaths, gun-related deaths or suicide. That was up from 67,114 in 2016 and just over 54,207 the previous year, according to the CDC.Deaths increased in all but 12 of the 50 states, with the most deaths occurring in Florida, California, Pennsylvania and Ohio. The largest surges, percentage-wise, were in the southeastern state of North Carolina, up 22.5 percent, and the midwest farm state of Nebraska, up 33.3 percent.

The overdoes crisis began in the early 2010s mostly rooted in the over prescription of Oxycontin and other legal painkillers, leading to more than two million people becoming addicted. But in the past three years addicts have been forced to turn to heroin and the cheaper, far more potent fentanyl as authorities have cracked down on prescription painkiller sales. Data shows that synthetic opioids like fentanyl are involved now in nearly half of the overdose deaths, up from about one-third in just a year.

President Donald Trump declared the problem a national public health emergency last year, boosting funds for communities fighting addiction and the social impact, like children left without support after parents die from overdoses. Despite the overall rise in deaths, the CDC data suggested that some intervention programs might be working. Overdose deaths fell in Massachusetts, one of the states with a high toll in recent years.

Communities across the country have expanded the use of overdose kits with Naxalone, a drug which can help revive victims of overdoses.

A new study that came out this Wednesday - the 7th - showed that states that legalized recreational marijuana saw a reduction of at least 20 percent in fatalities linked to opioid overdoses. The study found that the act of legalizing itself is not what produces the gains -- rather, states that have legal access via dispensaries saw the largest reductions in mortality.

The study did not look at what factors were at play, but it was suggested it could be that a growing number of people are self-medicating and "dealing with pain through marijuana use, and therefore they're less likely to take on addictive opioids." An alternative hypothesis is that marijuana legalization improves a state's economic activity and produces other effects on crime, incarceration, employment, and long-term health, all of which may be linked to opioid overdoses.

Update: Fatal drug overdoses in the US declined by 5.1 percent in 2018, according to preliminary official data released in July 2019, the first drop in two decades. The trend was driven by a steep decline in deaths linked to prescription painkillers.

The total number of estimated deaths dropped to 68,557 in 2018 against 72,224 the year before, according to the figures released by the Centers for Disease Control and Prevention (CDC). But that number is still far higher than the 16,849 overdose deaths in 1999, a figure that rose every year until 2017, with a particularly sharp increase seen from 2014 to 2017.

Deaths attributed to natural and semi-synthetic opioids, such as morphine, codeine, oxycodone, hydrocodone, hydromorphone, and oxymorphone, which are prescribed as painkillers, saw a drop from 14,926 to 12,757, or 14.5 percent. That was the steepest drop for any category of drug, though deaths linked  to synthetic opioids (drugs like tramadol and fentanyl) continued to rise sharply.