One In Three Americans Take Meds With Depressive Side Effects: Study

One third of Americans are taking prescription and over-the-counter drugs, such as birth control pills, antacids and common heart medications, that may raise the risk of depression, researchers warned on Tuesday. 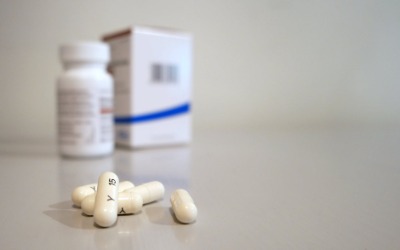 Since the drugs are so common, people may be unaware of their potential depressive effects, said the report in the Journal of the American Medical Association (JAMA). "Many may be surprised to learn that their medications, despite having
nothing to do with mood or anxiety or any other condition normally associated with depression, can increase their risk of experiencing depressive symptoms, and may lead to a depression diagnosis," said lead author Dima Qato, assistant professor of pharmacy systems, outcomes and policy at the University of Illinois at Chicago.

The report was released one week after US health authorities said suicides have risen 30 percent in the past two decades, with about half of suicides among people who were not known to suffer from mental illness.   For the current study, researchers found that the risk of depression was highest among people who were taking more than one drug with depression as a possible side effect.

Anti-depressants are the only drug class that carries an explicit warning -- called a black box warning -- of suicide risk.

For other common medications -- like blood pressure lowering pills, antacids known as proton pump inhibitors, painkillers and hormonal contraceptives -- the warnings are harder to find or simply don't exist in the packaging. "Product labeling for over-the-counter medications does not include comprehensive information on adverse effects including depression," said the report. "Many patients may therefore not be aware of the greater likelihood of concurrent depression associated with these commonly used medications."

The study was observational in nature, and was based on survey data on more than 26,000 adults from 2005 to 2014, collected as part of the National Health and Nutrition Examination Survey. Researchers cautioned that the survey approach meant conclusions could not be drawn about cause-and-effect, and that questionnaires did not account for a history of depression. According to Allan Young, director of the Center for Affective Disorders at King's College London who was not involved in the study, the "findings seem robust."

"This confirms the well-known fact that these medications might be causing depression in some people and we should be On the look-out for that so that we can detect and then manage the depression," Young said. "Many prescription medicines may have depression as a possible side effect and this should be discussed with patients up front." Lead author Qato said solutions could include updating drug safety software so pharmacists could recognize if a person is taking drugs that raise the risk of depression.

"With depression as one of the leading causes of disability and increasing national suicide rates, we need to think Innovatively about depression as a public health issue, and this study provides evidence that patterns of medication use should be considered in strategies that seek to eliminate, reduce or minimize the impact of depression in our daily lives," she said.

Have you ever experienced depression from any of the medications you are prescribed?

Possibly. I have had life situations that caused depression but since being on an antidepressant I’ve had suicidal thoughts ... I wonder if it’s related. I’m on many medicines due to MS, Lupus, Vasculitis, and GERD ...

Borderline personality disorder: everything there is to know!

Interpersonal Therapy for Bipolar Disorder: Is it effective?

Does religion help you cope or hurt you in your treatment for bipolar disorder?

Morning anxiety - Any recommendations? Let's share our tips and tricks!