The link between sleeping problems and depression has been observed for over a hundred years. Now scientists have found the neural mechanism responsible for this relationship. 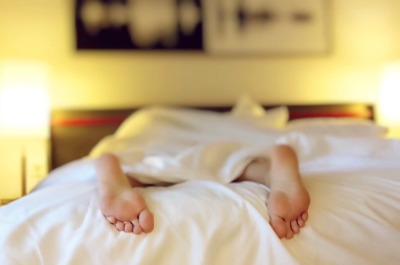 The effects of sleep on mental health have long been discussed with poor sleep often considered to contribute to anxiety, depression and other psychological disorders. Today, many types of sleep disorders have been identified and their overlap with psychiatric disorders has been so prevalent, experts have long suspected the two may have a common biological root.

Now, new research out of the Warwick and Fudan Universities may have finally identified that root. A team of collaborating scientists from the UK and China has successfully identified a strong connection between the areas of the brain responsible for short-term memory, the self and negative emotions that leads depression sufferers to also experience sleeping problems.

“The relation between depression and sleep has been observed more than one hundred years, and now we have identified the neural mechanisms of how they are connected for the first time. These findings provide a neural basis for understanding how depression relates to poor sleep quality, and this in turn has implications for treatment of depression and improvement of sleep quality because of the brain areas identified," said study co-author Professor Jianfeng Feng, from the University of Warwick’s Department of Computer Science.

The researchers hope their findings will be used to help people with depression achieve better sleep. Their work could also lead to new treatments for mental health disorders.

“This study may also have implications for a deeper understanding of depression. This important cross-validation with participants from the USA provides support for the theory that the lateral orbitofrontal cortex is a key brain area that might be targeted in the search for treatments for depression," explained study co-author Professor Edmund Rolls.

The research's sample data included contributions from the USA Human Connectome Project that focuses on brain connections. Although alarming, the study's results are less concerning than other mental health research which revealed even more severe consequences to sleep deprivation.

A study published just last April revealed that even one night's bad sleep could lead people with depression to have suicidal thoughts during the next day. In a world becoming increasingly busy and sleep-deprived these revelations leave room for pause.

“In today’s world, poor sleep and sleep deprivation have become common problem affecting more than a third of the world’s population due to the longer work hours and commuting times, later night activity, and increased dependency on electronics," warned study co-author Professor Jianfeng Feng from Fundan University. It may be time to reconsider our life choices and once again prioritize sleep.

The study was published in the journal JAMA Psychiatry.

I know I haven’t slept well In years

@tator1999 sorry to hear that. Do you find this article compelling?

Have you been able to find anything that has allowed you to sleep better or fall asleep quicker?

nope too many health issues along with stress and ptsd

I too have never slept well. And this does affect my mood when I am greatly tired.

7 people reacted to this article. What do you think about that? Join the community!

Are there any herbal antidepressants?

What were the first symptoms you experienced?

What alternatives to CPAP have you tried?