Patients rely on doctors to look after their mental health, but is enough being done to help the doctors when and if they are suffering with mental health issues? There are concerns that some medical professionals are unable to get the help they need. 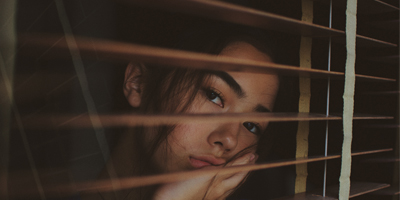 In 2017, 26-year-old junior doctor Sophie Spooner suffered a panic attack while working on a paediatrics ward.

Twenty-four hours later, she had taken her own life.

Her mother, Dr Laurel Spooner, believes her suicide was the result of depression which she had struggled with in the past. She had previously been diagnosed with bi-polar disorder.

"She was looking for a mental health service that would have understood her mental health problem in the context of being a doctor," Dr Laurel Spooner told the BBC's Victoria Derbyshire programme:

"If she could have seen somebody… and had the right medication, I expect she would still be here."

Figures from the Office for National Statistics, covering England, showed that between 2011 and 2015, 430 health professionals took their own lives.

The NHS Practitioner Health Programme (PHP), is the only confidential service that offers doctors a range of assessments, treatment and case-management for all mental health problems.

But doctors can only self-refer to the PHP, without the need to tell their Clinical Commissioning Group (CCG), if they work in London.

Others can access the service, but in telling their CCG they consequently lose their anonymity.

Its medical director, Dr Clare Gerada, says: "Doctors are at an incredibly high risk for mental illness," she said. "Female doctors have up to four times the risk of suicide in comparison to people in the [general] population."

But doctors can only self-refer if they work in London.

Other doctors can access the service, but they must do so via their local clinical commissioning group (CCG), thereby losing their anonymity.

In texts to her mother before she died, Sophia Spooner said she feared she would be institutionalized if she revealed her mental health issues and her colleagues would find out.

She also expressed her anger at not being able to confidentially access the PHP because she worked outside of London.

Dr Gerada says the lack of confidentiality is a barrier and wants NHS England to extend the London approach to any doctor who needs support.

She believes acknowledging that doctors also have mental health problems is "the last taboo in the NHS".

Louise Freeman, a consultant in emergency medicine, says she left her job after she felt she could not access appropriate support for her depression.

"On the surface you might think 'Oh, doctors will get great mental health care because they'll know who to go to. But actually we're kind of a hard-to-reach group. We can be quite worried about confidentiality," she said, adding that she believes doctors are afraid of coming forward in fear that they may lose their jobs.

"I was absolutely desperate to stay at work. I never wavered from that."

One of the biggest issues, according to Dr. Gerada, is the effect on doctors of complaints from the public, which she says can "shatter their sense of self".

Sophie Spooner's death came two months after a complaint was made against her.

Nine months ago, consultant anaesthetist Richard Harding took his own life. A serious complaint had been made about him to the General Medical Council.

He was eventually cleared but the process took five months.

His wife Kate Harding, a GP, says it brought back depression he had not had for years.

"Those five months just felt endless. Even after the complaint had been shelved, he was the type of person - afterwards - who questioned his decisions a lot more. The effects are more long-lasting than you'd expect. I don't think it occurred to him to seek help."

Anna Rowland, assistant director of the GMC's fitness-to-practice department, said the organisation had made major reforms to its processes, with an emphasis on mental health, to ensure vulnerable doctors were identified and supported.

She said: "We're committed to continuing this work, and we're also keen to influence the way wellbeing is approached by other healthcare leaders through independent research... health organizations must come together to tackle these important issues."

NHS England said in a statement: "We launched the NHS GP Health service in 2017, a world-first, nationally funded confidential service which specializes in supporting GPs and trainee GPs experiencing mental ill health and which has already helped more than 1,500 GPs."

"NHS Trusts and clinical commissioning groups may offer additional support for professionals in their area, for example CCGs in London have commissioned the NHS practitioner health programme for their staff."

"If we don't learn lessons from this, deaths will continue happening," she says.

Although these results are based on a study in the UK, do you think the same applies to the USA? Are you surprised by these rates of suicide amongst doctors?

Hello members, what do you think of this article? Do you think this is also critical in the USA? Do you know of any doctors personally who have suffered with mental health issues? Feel free to discuss below!

HawaiianLau
on 3/11/19
Yes 3 depression also 2 with alcohol problems and 2 told me their plan multiple times. 2 Others who killed themselves. Often people come to Hawaii to get away from their problems but bring them vvith them. Very sad.