Chewing gum. Whether you munch on it because you're bored or restless, because you simply enjoy the taste, or as a quick fix after a very umami meal, you've probably had a fair share of it in your life. But does chewing gum bring surprising benefits that we hadn't considered? 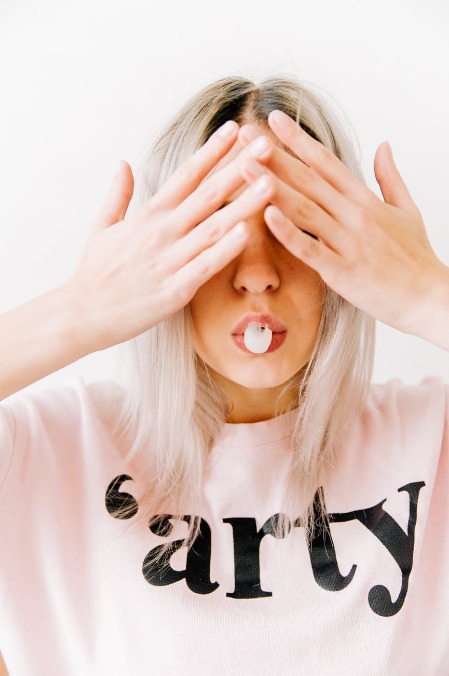 If you want to increase heart rate and energy expenditure, you may want to try chewing gum while walking, a new study suggests.
According to recent data, in 2017 alone, 174.74 million people in the United States declared that they habitually use bubblegum or chewing gum.

But whether, and to what extent, chewing gum may aid or endanger health has been a matter of dispute.

Research demonstrates that sugar-free gum, specifically, is actually good for your teeth, because it can prevent decay and plaque formation.

One paper also found that munching on gum can help to alleviate stress, which, the study authors hypothesized, may be due to increased blood flow to the brain.

But other studies, including one published in the journal Eating Behaviors, concluded that a gum-chewing habit reduced individuals' appetite for healthful snacks, such as fruit, but did nothing to curb their preference for junk foods, such as chips.

Now, however, scientists at the Waseda University Graduate School of Sport Sciences in Tokyo, Japan, have turned their attention in a different direction, asking whether chewing gum while walking could in any way influence a person's physiological functions.

The study, which was conducted by Yuka Hamada and colleagues from Waseda University, has yielded interesting results for those looking to understand how even one of their smallest daily habits could impact their body and its use of energy.

Hamada and team reported their results last week at the European Congress on Obesity, held in Vienna, Austria. In their study, the researchers worked with 46 participants — both male and female — aged 21–69. The recruitees agreed to take part in two different trials

In the first one, they received two pellets of chewing gum of 1.5 grams and 3 kilocalories each, and they were asked to chew on them while walking for 15 minutes (after 1 hour of rest) at a normal pace.

The second trial created a "control" situation, by asking participants to engage in the same actions — walking at a natural pace for 15 minutes after 1 hour of rest — except that this time, they only swallowed a powder containing the same ingredients as the chewing gum pellets. Each time, the researchers measured or calculated the participants' resting heart rate and mean heart rate while walking, as well as what distance they had covered and their walking cadence.

They also calculated how much energy each participant had likely spent by taking into account their mean walking speed and body mass.

Interestingly, for all the participants, the mean heart rate while walking increased when they chewed gum as they walked.

Older males reap the most benefits
To understand whether there were any significant differences in physiological effects according to biological sex or age group, Hamada and team conducted a set of analyses that took these factors into account.

Thus, they split the participants into groups of male and female, and young (aged 18–39) or middle-aged and older (aged 40–69).

They noticed that both men and women had a higher mean heart rate while walking, and a higher change in heart rate from resting to moving state, if they chewed gum at the same time.

Also, those in the 40–69 age range showed a greater change in heart rate during the gum-chewing trial than their younger counterparts.

"Chewing gum while walking affects a number of physical and physiological functions in men and women of all ages," the researchers conclude, emphasizing that the most benefits seemed to be felt by the older male participants.

"Our study also indicates that gum chewing while walking increased the walking distance and energy expenditure of middle-aged and elderly male participants in particular."

Intimacy with a Chronic Illness