The term “cardiovascular disease” covers all conditions that affect how the heart functions and how the blood circulates. These conditions concern several hundred thousand people in France. They are even the second cause of death in France after those associated with cancer.

The two main conditions are:

Cardiomyopathy: This is a condition that damages the muscular function of the heart, hindering its role as a pump. The blood is then distributed less effectively around the body, or is less oxygenated. This is why a cardiomyopathy is considered to be a serious condition.

Heart failure: This is a condition that results in the heart losing its contractile force. It is estimated today that more than 100,000 new cases of heart failure are diagnosed every year in France. Dyspnoea, or breathlessness, is the main symptom of heart failure, along with fatigue.

Myocardial infarction: When part of the heart is no longer correctly supplied with oxygen, generally because of a blood clot, the muscle cells of which it is composed are no longer able to contract. This is why a myocardial infarction is a case of absolute urgency which must be treated very quickly.

Strokes are caused in 80% of cases when a blood vessel in the brain becomes blocked. The brain cells are then no longer irrigated and do not receive enough oxygen. In 20% of cases, strokes are haemorrhagic, that is, they are the result of a ruptured blood vessel in the brain. Regardless of the cause, the consequences of a stroke depend on how quickly it is treated. The quicker doctors are able to restore irrigation to the brain, the fewer long term consequences the lesions will have. 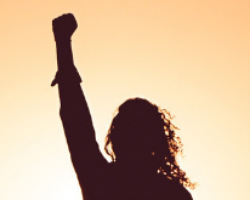