Cervical cancer: Everything there is to know!

According to cancer.org, about 14,100 new cases of cervical cancer will be diagnosed in the United States in 2022. About 4,820 women will die from cervical cancer.

But what causes cervical cancer? What are its symptoms? Can it be prevented? What are the treatments?

We explain in all in our article!

What is the cervix?

The uterus is a hollow, pear-shaped organ located in the lower part of a woman's abdomen, between the bladder and the rectum. The lower (narrower) part of the uterus opens into the vagina, and is called the cervix. The upper (wider) part is the body of the uterus. 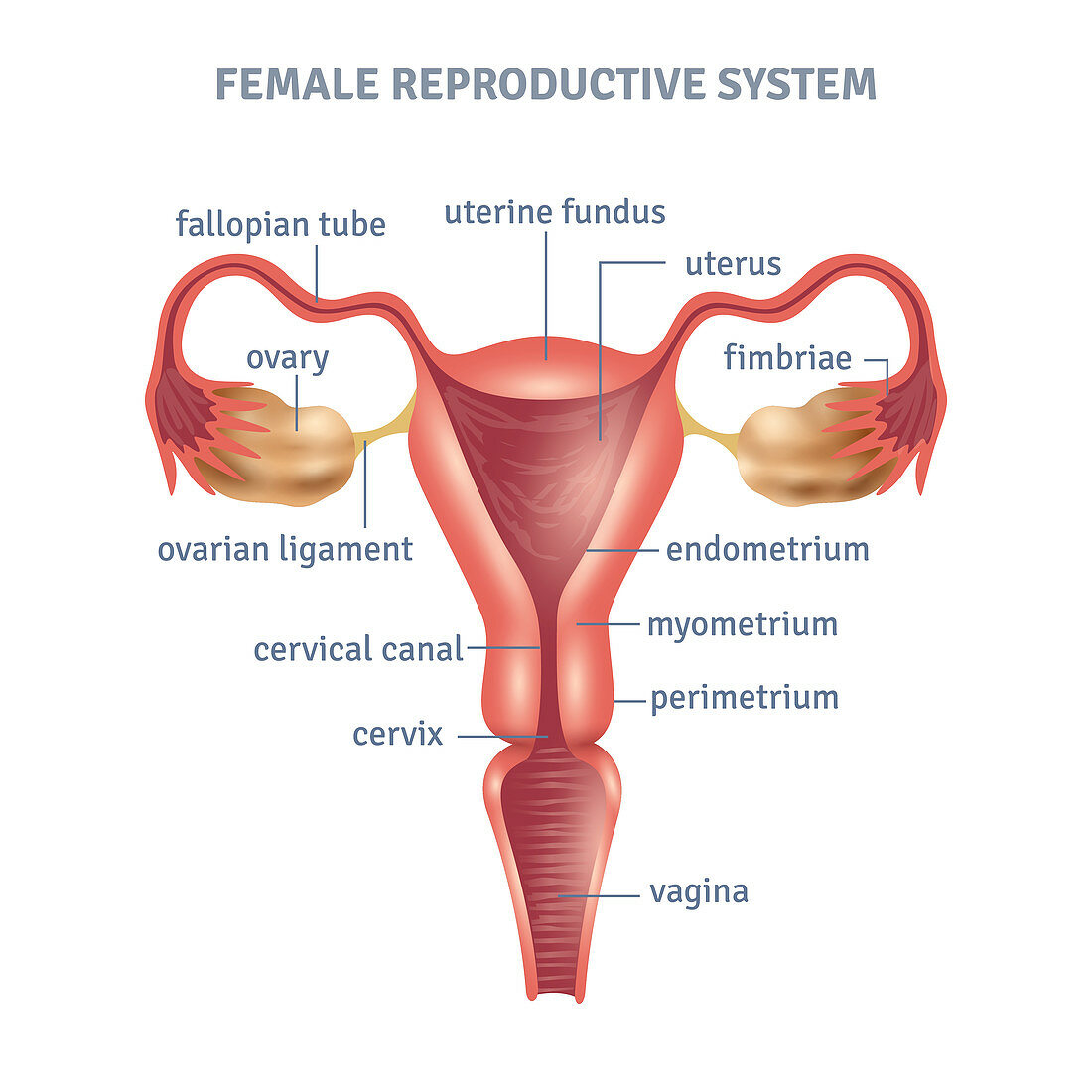 The cervix permanently secretes mucus, which is called cervical mucus. It lubricates the vagina and protects the uterus from infections.

Cervical mucus also plays an important role in reproduction. Throughout a woman's menstrual cycle, the mucus is thick and does not let the sperm pass. However, during ovulation, it becomes very fluid and thus facilitates the movement of the sperm from the vagina to the uterus, to meet the egg released by the ovary.

What is cervical cancer?

Cervical cancer is, in most cases, caused by persistent infection with a "high-risk" type human papillomavirus (HPV). This infection is very common (80% of women have been infected at least once in their lives) and is transmitted through sexual intercourse.

Human papillomavirus (HPV) infection usually heals spontaneously thanks to the immune system. However, in 10% of cases, the virus persists.

When the virus settles permanently in the cervix, it can cause changes to the epithelium*: these changes are known as precancerous lesions.

In rarer cases, these lesions may develop into cancer. The progression is slow, as cancer usually occurs within 10-15 years of the onset of persistent infection.

Persistent infection with "high-risk" types of human papillomavirus (HPV) is a major risk factor for developing cervical cancer. However, other risk factors can also contribute to the development of cervical cancer, such as smoking, immunosuppression (e.g. due to HIV or immunosuppressive drugs), other sexually transmitted infections, long-term use of oral contraceptives, etc.

Almost all cervical cancers are carcinomas. This means that they originate in the surface layer (epithelium) of the cervix mucous membrane.

Carcinomas are divided into 2 types:

In most cases, there are no symptoms during the early stages of the disease (before the cancerous lesions appear).

However, when these lesions are present, bleeding may occur during sexual intercourse (between periods or after the menopause). Abnormal and/or persistent vaginal discharge, related to the imbalance of the vaginal flora caused by the cancer, may also occur.

If there is any change in your vaginal discharge, if you experience bleeding or any other gynecological symptoms, you should see a doctor as soon as possible.

* epithelium is a tissue that lines the internal surface of hollow organs, such as the uterus.

Cervical cancer can be prevented by two complementary interventions:

>> To learn more about HPV vaccination, click here to read the article <<

Cervical cancer is a serious disease. However, if it is detected and treated early, the chances of recovery are significantly better.

How is cervical cancer diagnosed and treated?

Cervical cancer is suspected if an abnormality is detected during cervical screening, or when the symptoms appear.

In order for the diagnosis to be established, samples of the lesions are taken and examined. The stage of the disease is then determined by means of medical imaging and an MRI of the pelvis.

All of these examinations, which are necessary for the diagnosis, allow to distinguish between each type of cancer and define the type of cells involved, to assess the tumor infiltration depth (how deep it has settled in the mucosa) and its possible extension to the nearby organs or lymph nodes, as well as to distant organs (metastases). For a woman with uterine cancer, the 5-year survival rate is above 80%, while in case of a metastatic uterine cancer it is as low as 15%. These numbers prove how important it is to detect the cancer early, before it has seriously progressed.

Treatments for cervical cancer involve surgery, external beam radiation therapy, brachytherapy or chemotherapy, alone or in combination, depending on the stage of the disease.

Surgery is mainly used to treat tumors that are limited to the cervix and are less than 4 centimeters in size. It usually involves removing the uterus, some surrounding tissues and organs, and lymph nodes.

Concurrent radiochemotherapy, which combines external beam radiation, brachytherapy and chemotherapy, is the standard treatment for tumors larger than 4 centimeters or for tumors that have spread beyond the cervix (into the pelvis).

If the tumor has spread to distant organs (metastases), the treatment is based on radiation therapy (usually external) and/or chemotherapy.

Antoine holds a PharmD and a PhD in life sciences, specializing in immunology. He studied at the University of Burgundy in France. Several of his research projects have been published in international... >> Learn more