The color of a person's vaginal discharge can say a lot about their health. Some people may worry if their discharge is pinkish-brown, but many different factors can cause this.

Pinkish-brown discharge or spotting is common around the time of a person's period, but it can also happen at other times because of ovulation, pregnancy, or health problems. However, this color of discharge is rarely a cause for concern.

In this article, we look at the causes of pinkish-brown vaginal discharge. We also explain what is normal and when to see a doctor.

To discuss this topic and other topics related to women's health, come join the Women's Health forum. Ask questions, share with other women, and share your experiences.

Possible causes of pinkish-brown vaginal discharge include the following:

Pinkish-brown discharge often occurs a few days before a period begins as the body is preparing for menstruation.

People may also notice some pink or brown discharge toward the end of their period. This is also normal and is not a cause for concern.

Fresh blood will appear red or pink, while older blood tends to be dark brown.

Irritation can cause a pink, red, or brown discharge if the cervix or vaginal canal has bled slightly. Having sexual intercourse or placing an object inside the vagina can sometimes cause this to occur.

The cervix can become irritated due to infection, exposure to chemicals, or trauma. In addition to the unusual discharge, people may experience pain during intercourse and itching. 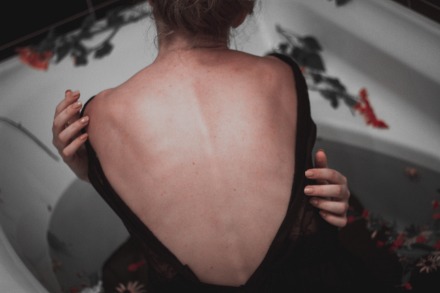 Ovulation is the process of an ovary releasing an egg. Ovulation occurs around the middle of a person's menstrual cycle.

At this time, some people may notice ovulation bleeding, which is slight spotting or a very light-colored discharge containing blood. They may also experience ovulation cramps when this occurs.

People who have very light periods, called hypomenorrhea, may have a pink or brown discharge in place of a typical menstrual flow.

A normal menstrual cycle takes 24–38 days, and a period generally lasts for up to 8 days. An irregular cycle would be one that does not fit within this range.

Light, irregular periods can occur for a variety of reasons, including: 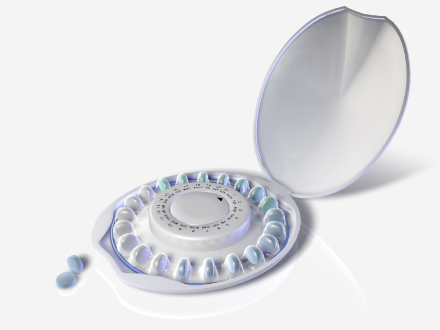 Breakthrough bleeding is more likely to occur when a person:

+ misses a pill or forgets to change their birth control patch or ring
+ becomes ill or dehydrated mid-cycle
+ takes antibiotics
+ takes the pill continuously or uses an extended-cycle brand, such as Seasonale, that only gives them one period every 3 months
+ uses an intrauterine device (IUD)

Hormones control menstruation, and hormonal imbalances can change the color of a person's discharge at different points in their cycle.

Low levels of certain hormones may influence when and how the uterus sheds its lining, which may lead to spotting in the form of pinkish-brown discharge.

This spotting is common when people first begin to menstruate and when they are about to enter menopause.

Many infections, including common sexually transmitted infections (STIs), can cause spotting or pinkish-brown discharge.

The following infections are among those that can cause spotting:

These infections often have additional symptoms, including:

Implantation occurs when a fertilized egg implants into the wall of the uterus. Some people may notice a light spotting or pinkish discharge when this happens.

This process often occurs around the same time that the individual would expect to get their next period. As a result, they may confuse implantation bleeding with a light menstrual cycle.

After implantation bleeding occurs, the early signs of pregnancy tend to follow. These typically include:

Sometimes a fertilized egg implants outside the uterus, usually in one of the two fallopian tubes. When this happens, the embryo cannot develop properly, which tends to cause complications.

One of the first signs of ectopic pregnancy is unusual vaginal bleeding, which may be pink or brown.

Generally, bleeding will be lighter or heavier than regular menstruation, and the following symptoms will occur alongside it:

Anyone who is concerned that their pregnancy might be ectopic should seek emergency medical attention.

Ovarian cysts are fluid-filled sacs that develop on the ovaries. They are most likely to occur during a person's childbearing years, commonly appearing on an ovary after it releases an egg and disappearing during menstruation.

Sometimes, an ovarian cyst will not resolve but will grow larger instead. If this happens, it can cause abnormal discharge between periods.

Some people with ovarian cysts will not have any symptoms, but others may experience the following alongside the abnormal discharge:

People with particularly large cysts or multiple cysts, which can be common in people with PCOS, may need medical treatment.

Miscarriage is a pregnancy loss that occurs before 20 weeks of pregnancy.

In most cases, women who experience a pregnancy loss will notice brown bleeding and a pink, mucous discharge.

It is possible to have a miscarriage very early on in the pregnancy, sometimes before the woman even knows that she is pregnant. Doctors refer to this as a chemical pregnancy.

Many women bleed during the first trimester of their pregnancy without having a miscarriage. However, women who notice any vaginal bleeding during pregnancy should speak to their doctor.

Lochia is the term for the vaginal discharge that occurs after giving birth.

For the first few days after the delivery of the baby, the woman's vaginal discharge will be similar to a heavy period with dark red blood and some clots.

After this, the bleeding will slow, and the discharge will lighten in intensity and color. It will turn to a pinkish or brown discharge initially and then become creamy white or yellow.

What Is Normal Discharge?

Some vaginal discharge is normal and helps the vagina stay healthy. Discharge moistens the vagina and protects against infection. Additionally, it can play a role in fertility.

Normal vaginal discharge may be:

clear to white
slippery
thin
sticky
gooey
Vaginal discharge will vary according to a person's age and the stage of their menstrual cycle.

When To See A Doctor

People should talk to a doctor if they notice an unusual change in their vaginal discharge, especially when the following symptoms occur too:

People will need medical treatment if they have:

+ an infection
+ ovarian cysts
+ an ectopic pregnancy
+ a miscarriage

Your Height May Predict Your Risk Of Varicose Veins