How did you find out you had prostate cancer?

I had a slight problem with urination (I used to go to the bathroom quite often) and when I wanted to have sex, it was hard for me to get a hard erection. Sometimes it was impossible. My doctor sent me to a urologist and a battery of tests later, they detected the  start of cancer cells in my prostate.

At that time, did you know what the PSA level was?

I had no idea about what the PSA rate was. Now, my urologist told me that the rate should be 0.05; otherwise it means that there is a foreign body and then, if that is the case, we must find the cause.

What treatment did/do you follow and what has been your experience?

I do not follow any treatment currently. They operated on me (total removal of the prostate) and since then, a blood test every six months for follow-up and control. Nothing else. After the operation, I was surprised to see that my penis decreased from 4 to 5 centimeters in length. Also, it retracts very often, which makes it small, but when you shake it, it recovers a bit of length.

Has your cancer had an impact on your relationships with your loved ones?

My whole family knew about it and told me that it did not matter because many men have this issue.

Prostate cancer is the most common cancer in men, more than lung cancer and colorectal cancer.

Prostate cancer is sometimes a taboo for men. Did you have any concerns or worries regarding your manhood or fears about possible impotence?

Yes, a lot of anxiety concerning to my manhood and especially worried of about being helpless thereafter. I always went to see my doctor and my urologist with my wife, so she knew everything about this disease. Also, at first, undressing in front of your doctor is not easy. She saw that I was a little embarrassed and she helped instill confidence in myself immediately. Now, there's no problem, my shyness is gone.

How did you fight against the possibility of impotency?

For about a year, I had small swellings on my penis and I took Viagra to ease erections, but without success. Then I took Levitra, which had no effect and finally my urologist showed me how to take medications through injections. This made it swell, but the erections would not sustain and be hard enough. My urologist then explained the dose that should be injected and especially the dose that should not be exceeded. If you are left with an erection for hours you must return to the urologist  to end the erection. I have pricked my penis for 6 months and I can tell you that it does not hurt at all. During a visit to my doctor, she offered me a test of another pill, Spectra. Since then, I only take this pill and it works well.

What message would you like to give to men who have recently been diagnosed?

To those recently diagnosed, I would say to take the bull by the horns and follow the treatments or tests according to your urologist or your doctor. I went through all that... I was not brave, but it must be done for your health and for your family.

But to the doctors, instead of saying that we will be operated upon, it would be better for them to say that our body will be mutilated, especially our sex organ

First of all, do not pay attention to everything that is said on the Internet because there are many lies. It must be said that even if one becomes impotent, there will always be a solution to sustain erections. I even went as far as to about geting an implant to have and sutain erections, and that exists. This prostate problem did not turn out so bad!

Courage to all! It is the price to pay to stay alive!

* What is the PSA?
The Prostate Specific Antigen (PSA) is a protein produced exclusively by prostate cells. PSA is a chemical that is produced by both cancerous and noncancerous prostate tissues. There is a simple blood test to measure your PSA level and this may help to detect early prostate cancer.

The chance of having prostate cancer goes up as your PSA level increases (see table below). Small amounts can also be found in the blood of healthy men as doctors have not yet determined what is a ‘normal’ level.

If you are recently diagnosed, take the bull by the horns and follow the treatments or tests according to your urologist or your doctor! 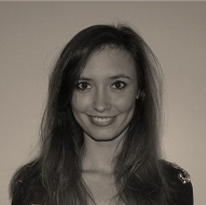 Author: Léa Blaszczynski, In charge of the patient's experience

With a background in communication specialised in digital, Léa has been working at Carenity since 2013 with the objective of helping as many patients and their families as possible to find support and no longer feel... >> Learn more

Can any of you relate or have any input?

I am so frustrated as my wife will not even try to see if I can gain an erection. I want to try, but she believes if I can't it will deepen my depression.  I wish she would try with me, makes me feel like less a man because she will not try. Maybe I do not interest her anymore.

Per our discussions, you may find this testimonial beneficial also and it may offer some insight into your questions/concerns.

@iluvdarla3‍ This testimonial may also be interesting and beneficial. Wanted to bring it to your attention also.

Do not fall victim to feeling that you cannot ever recoup your sexual health after treatment because you can!

5 people reacted to this article. What do you think about that? Join the community! 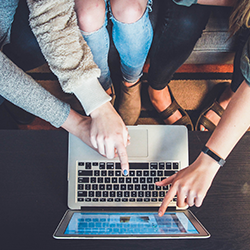